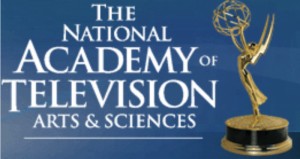 According to their website, “The National Academy of Television Arts and Sciences is a professional association dedicated to the advancement of television and related electronic media and best known for its Emmy Awards that recognize excellence in a number of categories. The Academy also sponsors programs, seminars, and scholarships for high school and colleges in cities served by the 19 local chapters. In addition, the National Organization, through its non-profit Foundation, awards scholarships to outstanding high school seniors who intends to pursue a baccalaureate degree in communications with emphasis on any aspect of the television industry.”

Deadline: February 1
Award Amount: $10,000 (2 Awarded: one male and one female)
Eligibility: High School Senior who intends to pursue an Undergraduate degree in Communications with emphasis on any aspect of the television industry.
Requirements: Application, ACT or SAT scores, and 2 Essays.
Application: http://emmyonline.com/scholarship